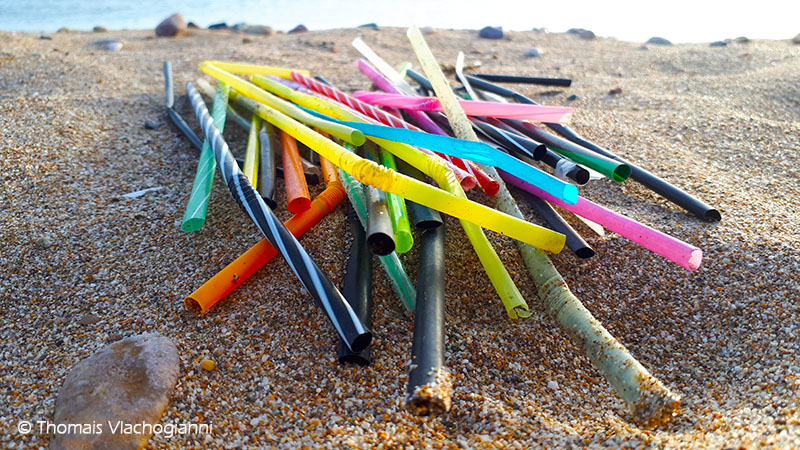 On the 30th of October 2019, MIO-ECSDE joined a meeting at the Greek Parliament aimed to inform MPs on the impacts of plastics and single-use plastics (SUPs) on the marine environment and to advance the discussions towards catalysing Greece’s efforts to implement the SUPs Directive. It was the water resources subcommittee of the Special Permanent Committee on Environmental Protection of the Greek Parliament that organised the event. It was chaired by Ms. Avgerinoupoulou, who heads the Committee and is a former Chairperson of the Circle of Mediterranean Parliamentarians on Sustainable Development (COMPSUD) with a formidable track record both in Greece and the Mediterranean. 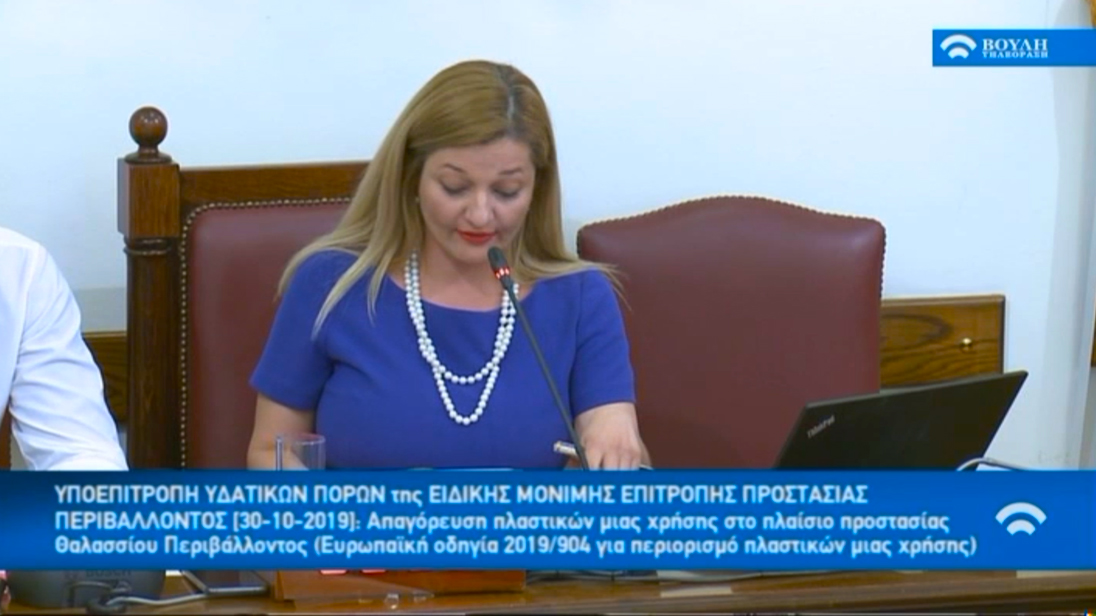 Ms Avgerinoupoulou opened the meeting by stressing that Greece has undertaken initiatives to combat plastic pollution, as the impacts and implications of this type of pollution are multi-faceted. She announced that the Greek Government will seek to transpose the SUPs Directive into the national legislation by June 2020, one year before the official deadline given to Member States.

The General Secretary for Natural Environment and Water of the Greek Ministry of Environment and Energy, Mr. Konstantinos Aravosis, provided an overview of the circular economy approach and shed light on the different aspects of the SUPs Directive. He also placed emphasis on the key role of awareness raising and education in addressing the issue effectively. 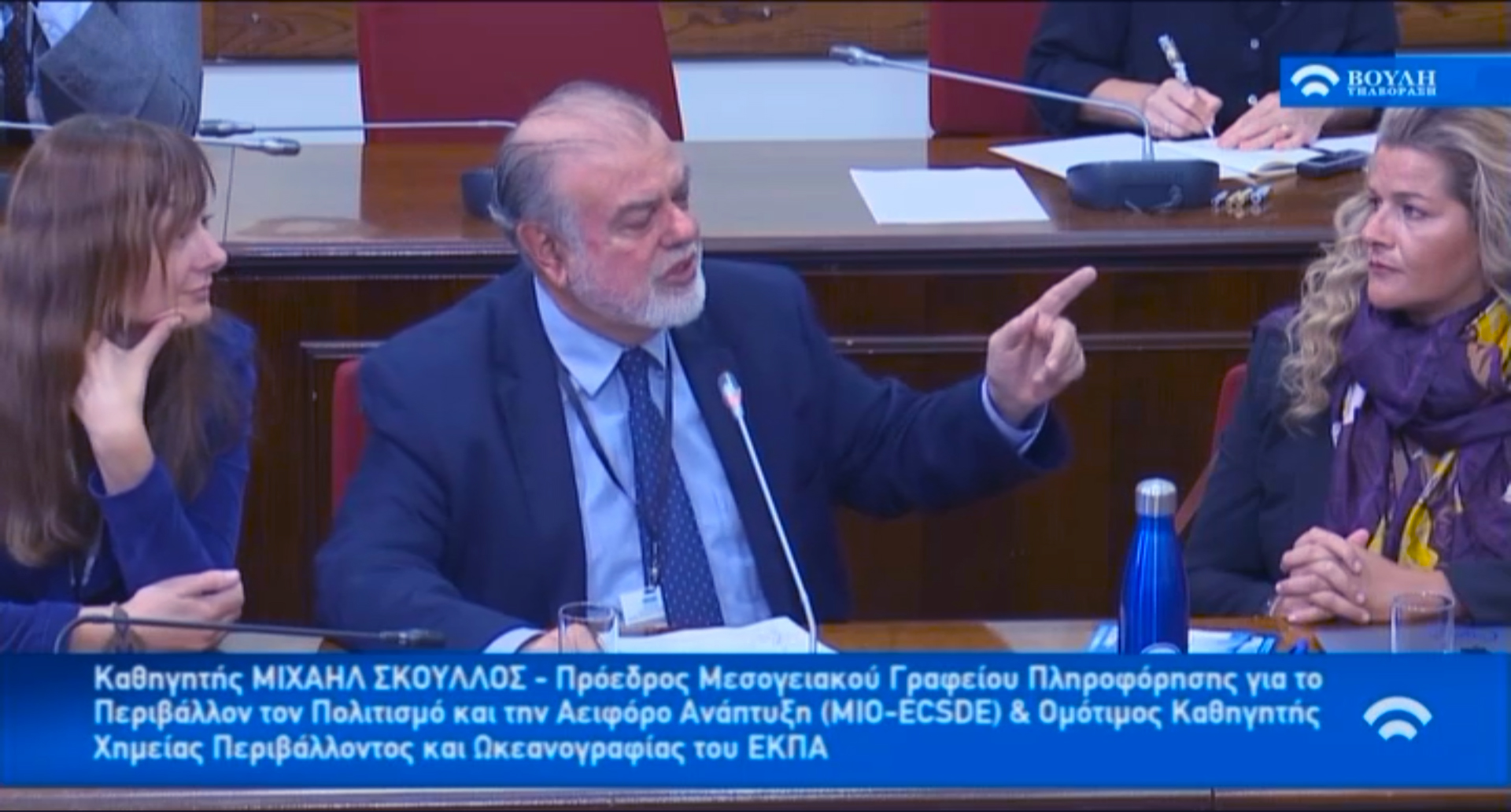 “Plastic is a very important and valuable material that we will continue to use. The issue is to eliminate the single use of plastics. We are discussing the banning of uses and ‘abuses’ of plastics”, highlighted the Chairman of MIO-ECSDE, Professor Emeritus of the University of Athens –  Environmental Chemistry and Oceanography Department, Michael Scoullos. He also drew the audience’s attention to the considerable economic losses resulting from marine litter (as these were calculated for the Adriatic-Ionian macro-region): for the fisheries sector the average annual cost of marine litter per vessel reaches € 5,378; for the aquaculture sector these were assessed to be € 3,228 per aquaculture farm unit; for harbours and marinas there was an average annual cost of € 8,518 per unit; and for tourism businesses the direct losses were calculated to be € 5,685 per year. 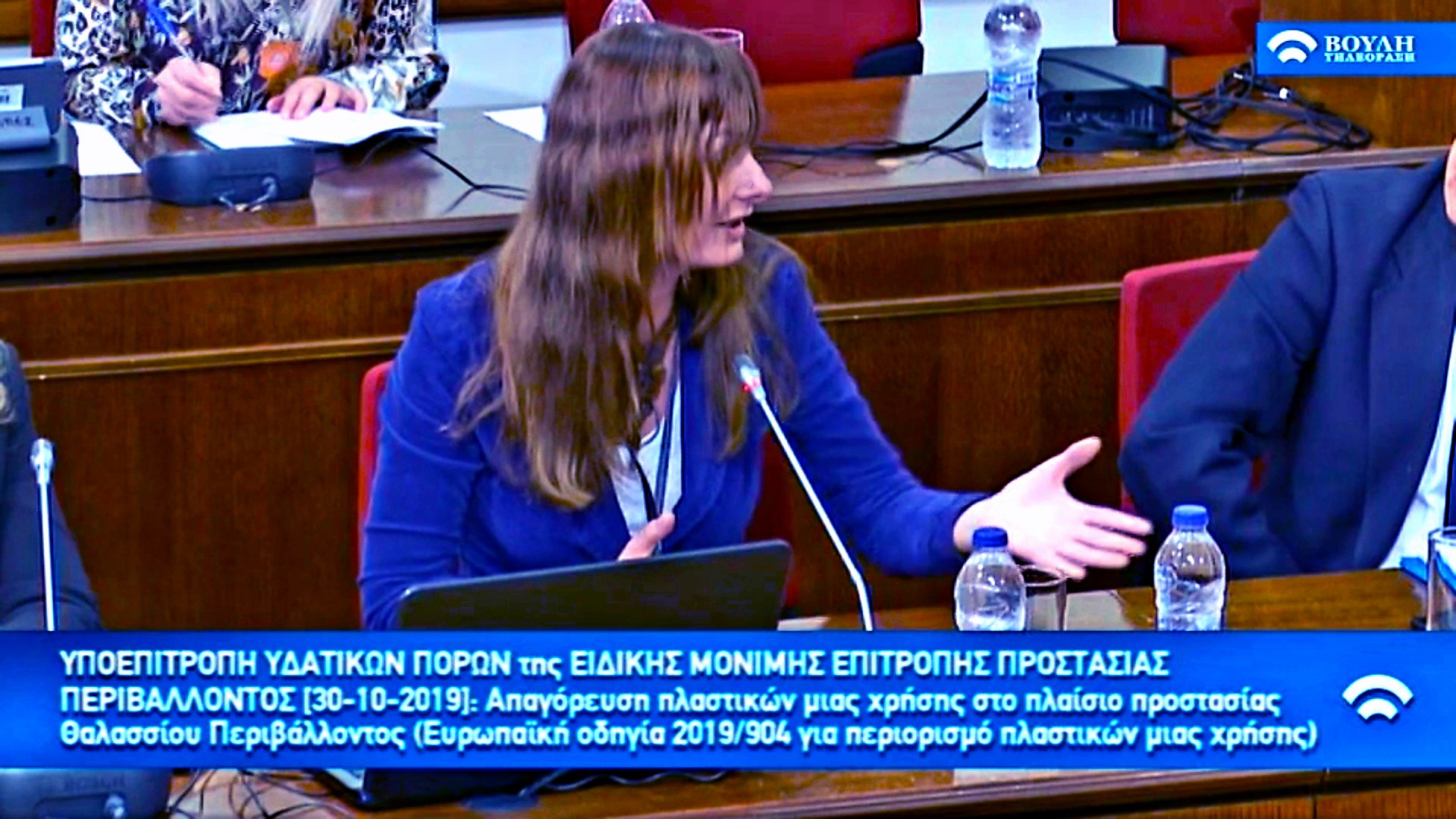 Ms Thomais Vlachogianni, MIO-ECSDE Programme Officer and Marine Litter Expert presented the results and findings of MIO-ECSDE’s long-standing efforts to gather the required evidence in order to fill in the knowledge gaps with regards to marine litter. MIO-ECSDE’s recent study on plastic pollution and singe-use plastics in the Mediterranean coastline was featured, highlighting how fit-for-purpose data to support decision-making can be generated via a participatory-science initiative. The study reported that SUPs accounted for 38% of all items recorded ranging from 18.6% to 66.9% for the different beaches. 30% of the studied beaches had more than 50% of SUPs of the total items recorded, thus providing baseline information and supporting evidence for the SUPs Directive. Ms Vlachogianni identified the following ‘must dos’ to ensure that fit-for-purpose marine litter data and knowledge is produced in order to address the knowledge needs of the various stages of the policy cycle:

MIO-ECSDE welcomes Greece’s commitments to speed up the transposition of the SUPs Directive and urges all EU Mediterranean Member States to accelerate their efforts in implementing the Directive.

As a direct follow-up of the event organized in November 2018 at the European Parliament by MIO-ECSDE, SEARICA and COMPSUD ‘A plastic-free Mediterranean Sea in the making’, MIO-ECSDE on 17 December 2019, with the support of the LIFE+ Operating Grant for NGOs and with several partners, will organize a meeting of Mediterranean Parliamentarians and stakeholders that will be hosted at the Parliament of the Kingdom of Morocco. The issue of plastic pollution and single-use plastics will be one of the many issues discussed within the context of ‘Launching a New Decade of Sustainable Development in the Mediterranean’.