A plastic-free Mediterranean Sea in the making: Members of Parliament and key stakeholders discuss the state of play and realistic steps forward 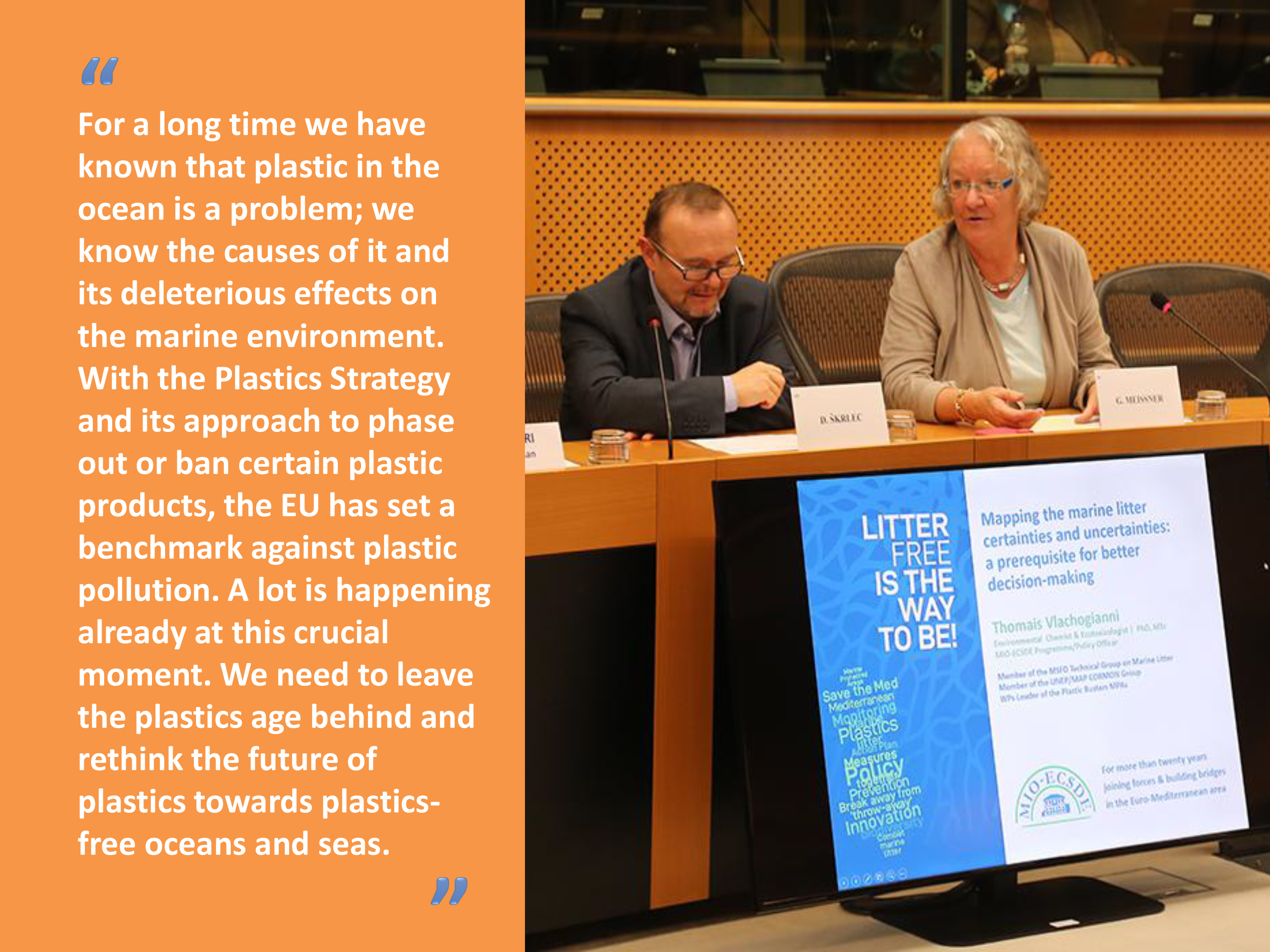 On the 21st of November the Seas, Rivers, Islands and Coastal Areas Intergroup (Searica) met with MIO-ECSDE and the informal Circle of Mediterranean Parliamentarians for Sustainable Development (COMPSUD) at the European Parliament in Brussels. This was a unique occasion where Members of the European Parliament and Members of Parliament of non-EU countries came together with marine litter experts, environmental NGOs, journalists and other key stakeholders to explore the next steps in achieving a litter-free Mediterranean Sea. The event was attended by some 65 participants from 20 or so countries.

Ms. Gesine Meissner, MEP and President of Searica in her opening remarks said: ‘For a long time we have known that plastic in the ocean is a problem; we know the causes of it and its deleterious effects on the marine environment. With the Plastics Strategy and its approach to phase out or ban certain plastic products, the EU has set a benchmark against plastic pollution. A lot is happening already at this crucial moment. We need to leave the plastics age behind and rethink the future of plastics towards plastics-free oceans and seas.’ 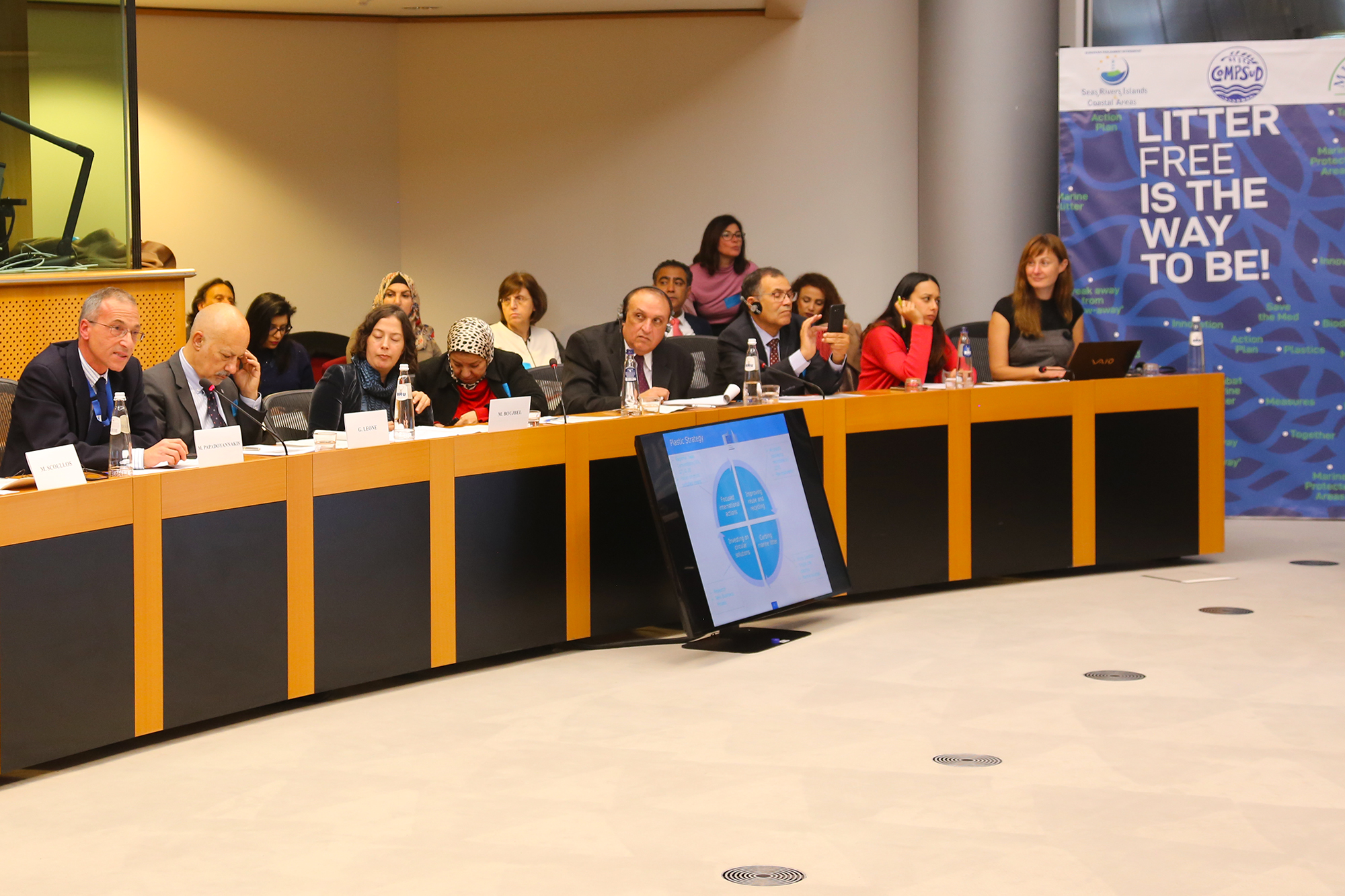 The setting of the event was framed by the MIO-ECSDE Marine Litter expert, Dr. Thomais Vlachogianni, who provided a comprehensive overview of the certainties and uncertainties related to marine litter and plastic pollution and in particular as prerequisites for better decision making.

The chairman of COMPSUD, Professor and member of the Moroccan Parliament, Mr. Moh Rejdali laid out the challenges on the South shores of the Mediterranean and stressed that one of the most urgent actions needed in a country such as Morocco is to enforce the existing legal frameworks and invest in capacity building and education.

Mr. Gaetano Leone, UN Environment MAP Coordinator, presented the promising measures and lessons learned from the implementation of the Regional Plan on Marine Litter Management in the Mediterranean and highlighted: “We have enough science to take action against plastic pollution! We don’t want to be remembered as those who messed up but as those who found solutions!” 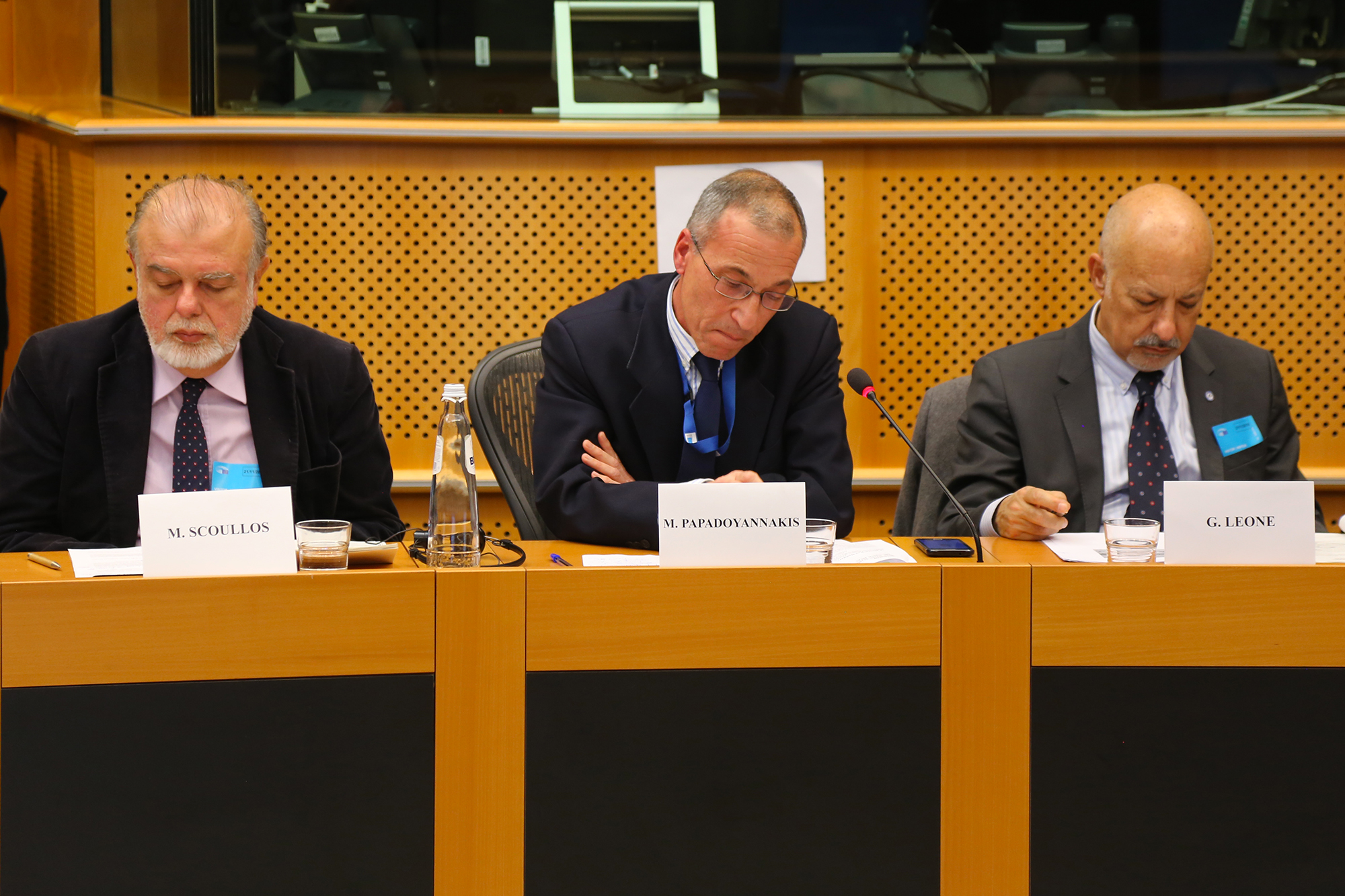 In the second part of the meeting, Mr. Michail Papadoyannakis, Directorate General for the Environment, and Prof. Michael Scoullos, Chairman of MIO-ECSDE provided the frameworks and prerequisites for ‘doing things right’ when it comes to efficiently addressing the issue at hand. Mr. Papadoyannakis welcomed the increase of public attention and the proliferation of related initiatives. However, he stressed the need for these to be channelled and focused to areas where effective measures are possible and urgently needed. He also provided an overview of the EU’s comprehensive policy framework and substantial financial support (within and outside the EU) and reaffirmed the EU’s unfailing commitment for improvement of international governance at all levels and the provision of a comprehensive response to the threat of plastic litter, including microplastics.

Closing the meeting, the MIO-ECSDE Chairman Michael Scoullos said: “The commitment of everyone is admirable, and although inconsistencies are around the table reconciliation is promising. MPs need to inform their parliaments in order for stronger and yet pragmatic measures against plastic pollution to take concrete shape in the Mediterranean.”

This meeting was organized by Searica and MIO-ECSDE, with the financial support of the LIFE+ operating grant for NGOs. MIO-ECSDE organizes on an annual basis dialogues between Parliamentarians, NGOs, journalists and other stakeholders on current environmental problems. Joining forces is the fundamental premise for the promotion of sustainable development in conditions of peace and cooperation among all countries and peoples of the Mediterranean region. 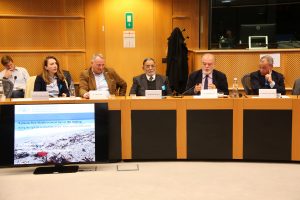 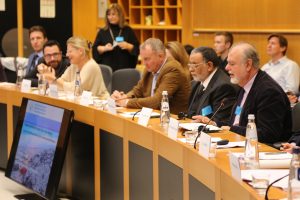 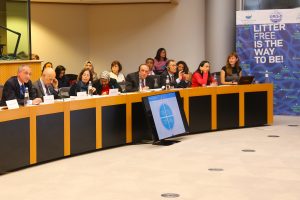 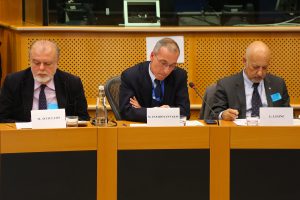 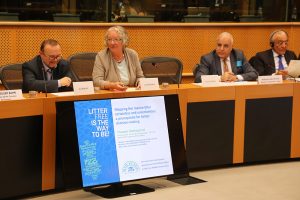 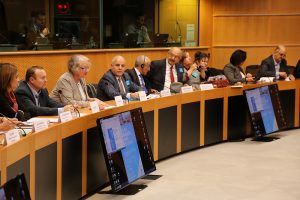