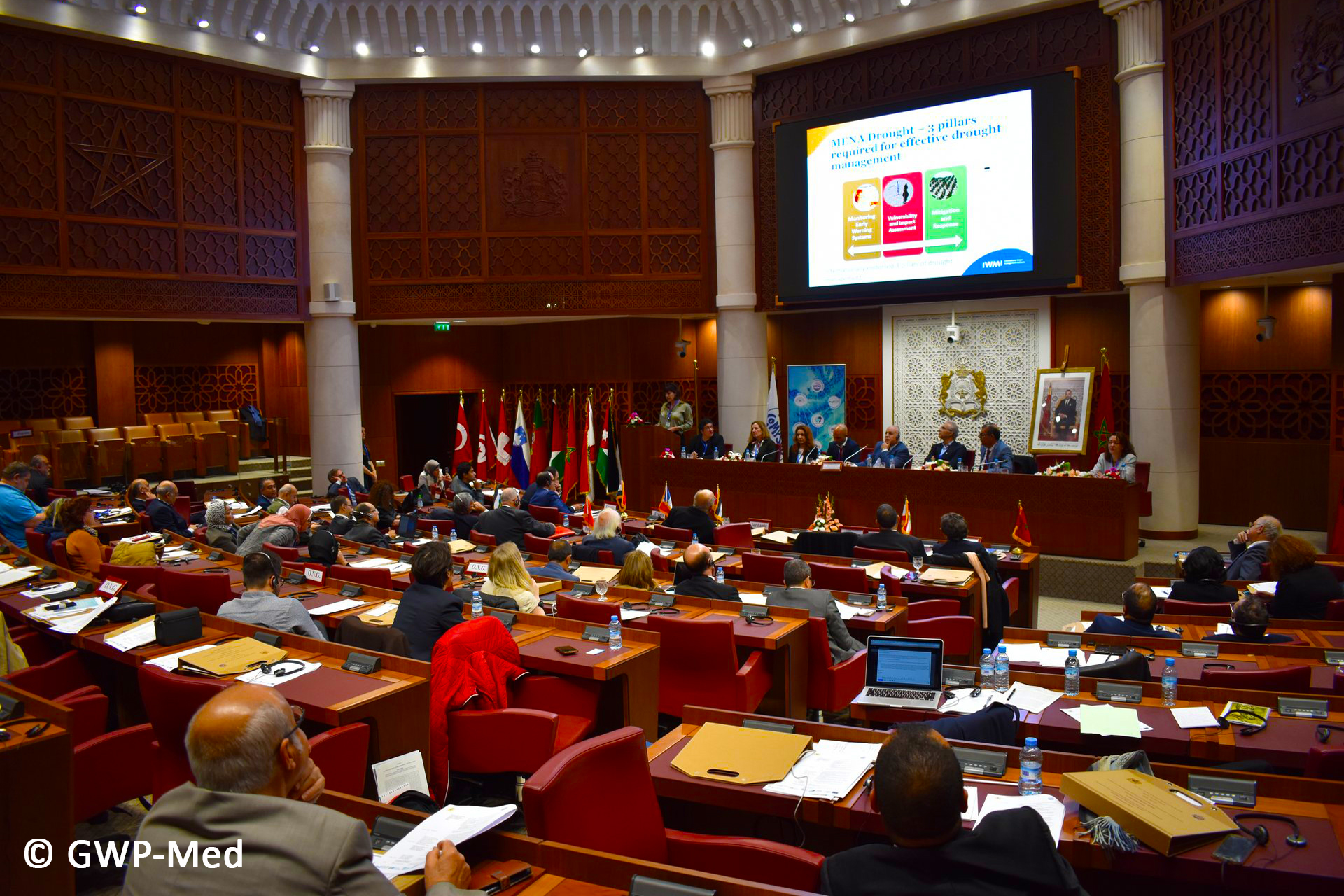 Deeply concerned about the dire scientific predictions on the environment and climate of the region if immediate actions are not taken, more than 180 Mediterranean stakeholders met in Rabat, Morocco from 16-18 December 2019 to set the most urgent priorities that need to be met if we are to come anywhere near to achieving Sustainable Development in the region within the next decade.

At the premises of the Parliament of the Kingdom of Morocco, on the 17th of December, High-level Moroccan officials, representatives of the Union for the Mediterranean (UfM), UN Environment Programme/MAP, the League of Arab States (LAS), Parliamentarians, Members of COMPSUD (Circle of Mediterranean Parliamentarians for Sustainable Development), COMJESD (Circle of Mediterranean Journalists for Environment and Sustainable Development), other Media, Scientists and other representatives of Civil Society (from Albania, Belgium, Croatia, Cyprus, Egypt, France, Greece, Italy, Jordan, Lebanon, Morocco, Palestine, Portugal, Slovenia, Tunisia and Turkey) agreed on the Rabat Declaration.

The Declaration takes note and echoes all the major recent global, regional and EU political decisions and emphasizes the need for urgent action in the Mediterranean based on renewed and strong political will and significant resource mobilization. There is a need to work systematically together in order to, among others, strengthen efficient governance and promote a green, circular and possibly carbon neutral economy based on sound scientific evidence-based decision-making;  prioritize integrated environmental planning and management, introduce combined and integrated ways for addressing biodiversity loss and land degradation, specific legislation for phasing out single use plastics; systematically promote Education for Sustainable Development (ESD) and much more. With the bitter taste of a failed UNFCCC COP25 (Madrid, 2-13 December 2019) participants also committed to a stronger and more coordinated approach in view of COP26 planned for Glasgow in about a year’s time (November 2020).

At the heart of the discussions over the three days was how coastal wetlands are part of the solution in addressing many of the challenges, with the valuable ecosystem services they provide. Yet, this is not a well-known fact, something that the ‘OFF YOUR MAP’ campaign is trying to reverse. “To attract interest for environmental issues like the threats wetlands face, we need to provide human stories” said Luca Foschi from the MedSea Foundation during the training for journalists and NGOs that took place on the 16th of November. The interactive training aimed to deepen the understanding of journalists and communicators about the significance of coastal wetlands and encourage them to cover relevant issues and stories, becoming themselves drivers of change. Trainees were also introduced to some impactful data visualization tools that they can use in better communicating their stories.

After an amazing hospitality offered by the Moroccans, the Rabat events closed on the 18th with a field visit to the Sidi Boughaba Ramsar site just north of Rabat where participants witnessed the results of the hard work of SPANA Morocco in the protected wetland, achieved with the engagement of the local community, other NGOs and the support of the Moroccan authority in charge of wetlands.

The Rabat events were co-organized by the Mediterranean Information Office for Environment, Culture and Sustainable Development (MIO-ECSDE), the Global Water Partnership – Mediterranean (GWPMed), the “OFF YOUR MAP” campaign coordinated by MedWet and supported by the MAVA Foundation for Nature, the International Water Management Institute and the ‘Making Water Cooperation Happen in the Mediterranean’ project (aka the Water Matchmaker) supported by the Swedish International Development Cooperation Agency (Sida).

Find all the interventions of the event held at the Parliament of the Kingdom of Morocco below: