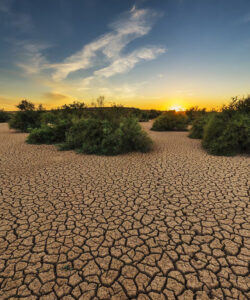 As COP 27 approached, representatives from 22 Tunisian NGOs and CSOs active in the field of environment and sustainable development, gathered on the 22nd of October 2022 at a national conference entitled “Tunisian civil society advocates for COP27” organized under the patronage of the Tunisian Minister of Environment.
This national conference was co-organized by the Association for the Protection of Nature and Environment of Kairouan (APNEK), the Association for the Protection of the Environment and Sustainable Development of Bizerte (APEDDUB) and the Local Democracy Agency (ADL-Kairouan, Tunisia) – all members of MIO-ECSDE, in partnership with RAED (also a member of MIO-ECSDE), GIZ, the Municipality of Kairouan, Global Network of Civil Society Organisation for Disaster Reduction (GNDR) and Panafrican Climate Justice Alliance (PACJA).

The conference resulted in a formal Letter addressed to the official Tunisian Delegation to COP27, calling for the following:

You can find the Letter in French here