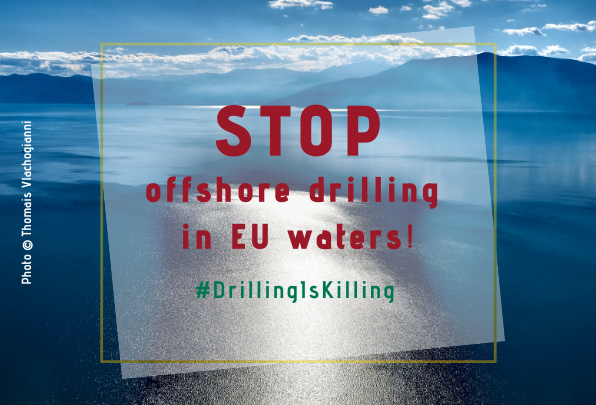 A moratorium on offshore oil and gas exploitation and exploration by 2035 is at the heart of the “Toward an EU offshore drilling ban” Manifesto co-signed by MIO-ECSDE and 21 other European NGOs.

In view of the upcoming revision of the Offshore Safety Directive 2013/30/EU planned for 2020, the Manifesto is part of a campaign launched at the initiative of Surfrider Foundation Europe on the 20th of April, which marks the 10th anniversary of the catastrophic Deepwater Horizon explosion leading to the biggest oil spill in human history.

Particularly in the highly vulnerable Mediterranean region, limiting climate change as much as possible by using renewable energy to minimize oil and gas consumption, MIO-ECSDE joins with all the other co-signatories, to shape the future of our continent’s energy policy by calling for an EU-wide offshore drilling ban that will shield European coasts, coastal communities and marine species from the related destructive effects.

All stages of offshore drilling – exploration, exploitation, maintenance and dismantling – have a dramatic and irreversible impact on ocean biodiversity, putting human lives and marine species in grave danger.

Some of the environmental risks are:

MIO-ECSDE and all the signatories of the Manifesto are calling on the European Union and its Member States to adopt a hardline stance against offshore drilling: