In February 2021, over 1200 tons of tar washed up across more than 160km of coastline in Israel’s Mediterranean coast from Rosh Hanikra to Ashkelon, following a heavy storm and unusually high waves. Israel’s Nature and Parks Authority called the spill “one of the most serious ecological disasters” in the country’s history. The tar from the oil spill smeared fish, turtles, and other sea creatures. Today, following intense clean-up activities, the sandy beaches are almost completely cleaned from tar, while the rocky habitats still need further cleaning.

Few days later, the spill had spread to southern Lebanon, where clumps of tar contaminated beaches stretching from the border town of Naqura to the southern city of Tyre. The Tyre Coast Nature Reserve, one of the country’s last remaining sandy beaches and an important nesting site for endangered loggerhead and green sea turtles, was included in the Specially Protected Areas of Mediterranean Importance in 2012.

In both countries, thousands of members of civil society organisations and the public rushed to participate in clean up activities. Several were hospitalized due to toxic fumes from the tar. Among them were MIO-ECSDE members: EcoOcean, Society for the Protection of Nature in Israel (SPNI) and Human Environmental Association for Development (HEAD).

In 2008 a National Contingency Plan for Preparedness and Response to Combating Oil Pollution Law was drafted but was never enacted. So, in 2017 and understanding the need to be more prepared for a potential Oil pollution disaster, EcoOcean set up the National Network of Sea Emergency Volunteers in coordination with the Ministry of Environmental Protection.

EcoOcean reacted immediately in response to the incident by:

Society for the Protection of Nature in Israel

The Society for the Protection of Nature in Israel (SPNI), in reaction to the spill, took part in the clean-up activities and managed information posts in several beaches to support the volunteers.

HEAD promptly mobilized its volunteers to participate in the clean-up activities in Lebanon. HEAD is planning more cleaning activities in May, in collaboration with Legambiente (another MIO-ECSDE member organization based in Italy), municipalities, the private sector, the public sector, scouts and schools. Following a second storm in March tar accumulated in new beaches as well as in already cleaned ones. 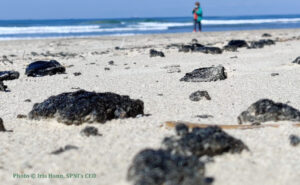 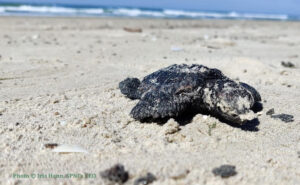 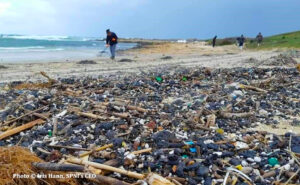