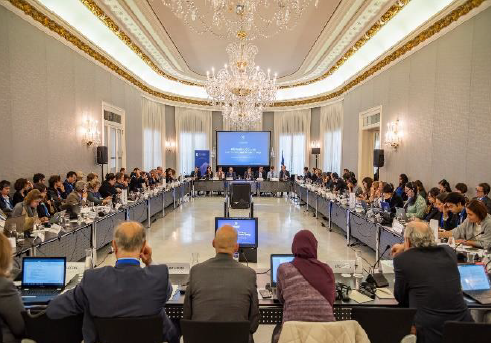 The UfM Ministerial Declaration on Environment and Climate Change was adopted in Athens on 13 May 2014 (see more here). It called for a specific monitoring mechanism for its implementation. To this end, country representatives and regional stakeholders met for the first UfM Working Group (WG) on ENV and CC on 14-15 March 2017 and for the second on the 12th of November 2018 in Barcelona. Preparatory work for a second UfM Ministerial Meeting on Environment and Climate Change was prominent during the Barcelona WG meeting, which discussed:

The Barcelona WG on ENV and CC, in formulating its conclusions, was mandated to take note of:

The main agreed conclusions were:

The UfM Secretariat will prepare a Concept Note on the proposed Ministerial that will be submitted to the UfM Senior Officials Meeting in early 2019.

In addition, the meeting:

A draft preliminary proposal on a future “H2030 Initiative” will be presented at the UfM ENV Task Force that will take place in early 2019. The Task Force will also elaborate the draft Terms of Reference for the UfM Environment Expert Group, to be eventually approved at the 2020 Ministerial.