Some 120 MPA managers and other stakeholders from all shores of the Mediterranean came together at the mid-term conference of the ACT4LITTER project, an Interreg Med Programme project funded by the European Union that aims to facilitate efforts for tackling marine litter in Mediterranean MPAs through the development of effective and targeted measures. The participants of the conference had the opportunity to intensively network on the issue of marine litter as well as to contribute to enriching and strengthening the project actions. The event was combined with a 4-day regional workshop on the issue of pollution of the Mediterranean marine environment entitled: “MPAs facing pollution in the Mediterranean: thinking beyond boundaries”. The  workshop took place at the Cultural centre (Kulturni Dom) of Izola from 28 November to 1 December 2017 and it was organized by MedPAN, in collaboration with the Institute of the Republic of Slovenia for Nature Conservation and Strunjan Landscape Park, in partnership with the ACT4LITTER partners and with the support of the Slovenian NGO Morigenos. 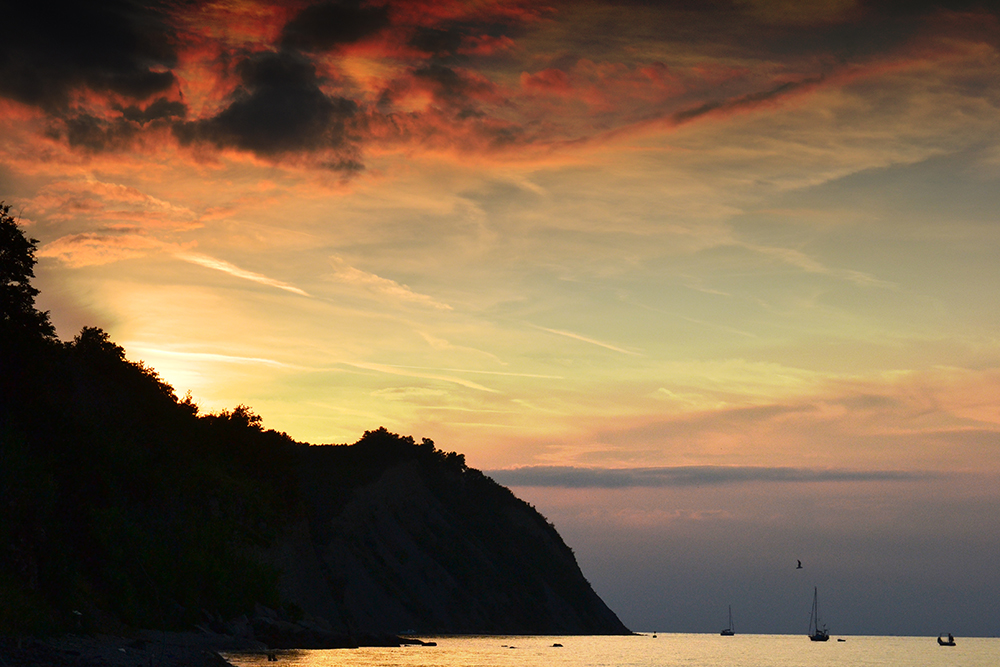 “The Institute is honoured to co-organise this important workshop and to share the experience of Strunjan and Slovenia in this paramount issue of pollution” says Robert Turk of the Institute for Nature Conservation. He adds “We are one of the founding members of the MedPAN network and have been very involved in its development; pollution of the marine environment needs to be addressed and Marine Protected Areas can be a driving force to tackle the issue.”

An official opening ceremony with the presence of the Mayor of Izola took place on 28 November at 9 am at the Izola cultural centre. On 29 November a side event was held aiming to contribute to the identification of Blue Growth and Environment Quality project concepts carried out within the “EU Strategy for the Adriatic and Ionian Region facility point” strategic project.

At its northernmost point, the small coastline of Slovenia embodies the challenges that Marine Protected Areas, which are essential enabling tools, face in this matter: the issue of pollution cannot be tackled in isolation. Marine Protected Areas managers and relevant stakeholders must work together beyond their boundaries to implement integrated management measures at spatial (land-sea), sectoral and governance levels of the territories.

“MPAs, in addition to their fundamental role of marine biodiversity conservation, are key players in Marine Spatial Planning and Integrated Coastal Zone Management processes” observes Puri Canals, President of the MedPAN network. “Their integration in these processes must be strengthened all around the Mediterranean basin if we are to effectively act against pollution. Specific frameworks already exist in the network and this workshop will be an opportunity to share them.”

Indeed, a number of measures and agreements have already been identified or piloted by Mediterranean MPAs. They were presented through case studies that aimed to jump start discussions on subjects as varied as pollution monitoring, policy tools and environmental agreements, management of “polluting” leisure activities, controversial “clean-up” measures in link with tourism, awareness-raising and participatory science, as well as prospective discussions with large industrial sectors such as the oil and gas, the cruise ship or the maritime shipping ones (see the programme for details).

The overall workshop benefited from the synergies generated through the ACT4LITTER project mid-term conference and the contribution of its partners, SCP-RAC, MIO-ECSDE and SSSUP to the coordination of a number of sessions addressing the issue of Marine Litter.

This experience-sharing workshop also benefited from the support of the Adrion Interreg project, the French Biodiversity Agency, the Conservatoire du littoral, IUCN, Morigenos, the City of Marseille, WWF, UNEP/MAP through the “MedMPA networks” project financed by the European Union, UNEP-MAP-SPA/RAC, the French Global Fund for the Environment, the Association for the sustainable financing of Mediterranean MPAs, the French Bouches du Rhône department.

The ACT4LITTER project aims to facilitate efforts for tackling marine litter in Mediterranean MPAs through the development of effective and targeted measures towards reaching their conservation objectives via an ecosystem-based approach. It is led by the Catalan Waste Agency – Regional Activity Center for Sustainable Consumption and Production (Spain) in partnership with the Sant’Anna School of Advanced Studies (Italy), MedPAN (France) and the Mediterranean Information Office for Environment, Culture and Sustainable Development (Greece). This Interreg Med programme project is co-financed by the European Regional Development Fund. https://act4litter.interreg-med.eu

Landscape Park Strunjan covers 428.6 ha and includes the longest section of natural coastline in the Gulf of Trieste and a geologically active flysch cliff rising above it. The area of the Park embraces the Strunjan Peninsula with 200 meters long belt of the sea and the inner part of Strunjan Bay. The Park was established in 1990, in order to conserve valuable natural features, biodiversity and landscape diversity within it. It is part of the European network of ecologically significant Natura 2000 sites. http://www.parkstrunjan.si

Institute of the Republic of Slovenia for Nature Conservation, Robert Turk, robert.turk@zrsvn.si