Some 400 stakeholders have been engaged in marine plastic pollution mitigation actions at Strunjan Landscape Park, located in coastal Slovenia. At its northernmost point, the small coastline of the Slovenian Park faces all the challenges that MPAs have to deal with when tackling marine pollution and in particular marine plastic pollution; coordinated multi-stakeholder action is the way to go. MPA managers and other directly or indirectly affected stakeholders must work together, beyond their usual boundaries, to implement integrated management measures in a spatial (land and sea), cross-sectoral and multi-governance sense.

About a year ago the Public Institute Strunjan Landscape Park and MIO-ECSDE kicked-off two marine litter mitigation demos, within the framework of the Plastic Busters MPAs project. The first demo targeted the coastal tourism sector and focused on the establishment of a network of SUPs-free food and beverage outlets, while the second demo targeted the educational community towards fostering volunteer stewardship by ‘adopting’ beaches, cleaning them up and surveying them throughout the year. Both demos were implemented in close collaboration with the Chamber of Commerce and Industry of Slovenia (CCIS), and Zavod TRI NITI.

According to Brina Knez, project manager at the Strunjan Landscape Park “The pilots provided us with a blueprint for concrete in-the-field actions against marine plastic pollution. Our collaboration with MIO-ECSDE and Plastic Busters MPAs has enabled us to operationalize two priority measures included in the Park’s Marine Litter Action Plan”. The Plan was built through a participatory process by the Public Institute Strunjan Landscape Park within the framework of the Interreg Med ACT4LITTER project, under the guidance of MIO-ECSDE.

“The results of both demos have been impressive” says Thomais Vlachogianni, Senior MIO-ECSDE Programme Officer. “They demonstrate how different stakeholder groups can make a real difference in slashing plastic pollution and breaking away from a throwaway society. To this end, the Plastic Busters MPAs mitigation actions have been truly instrumental and have pushed forward the implementation of the Single-Use Plastics Directive and the Green Deal headline actions on zero pollution”. 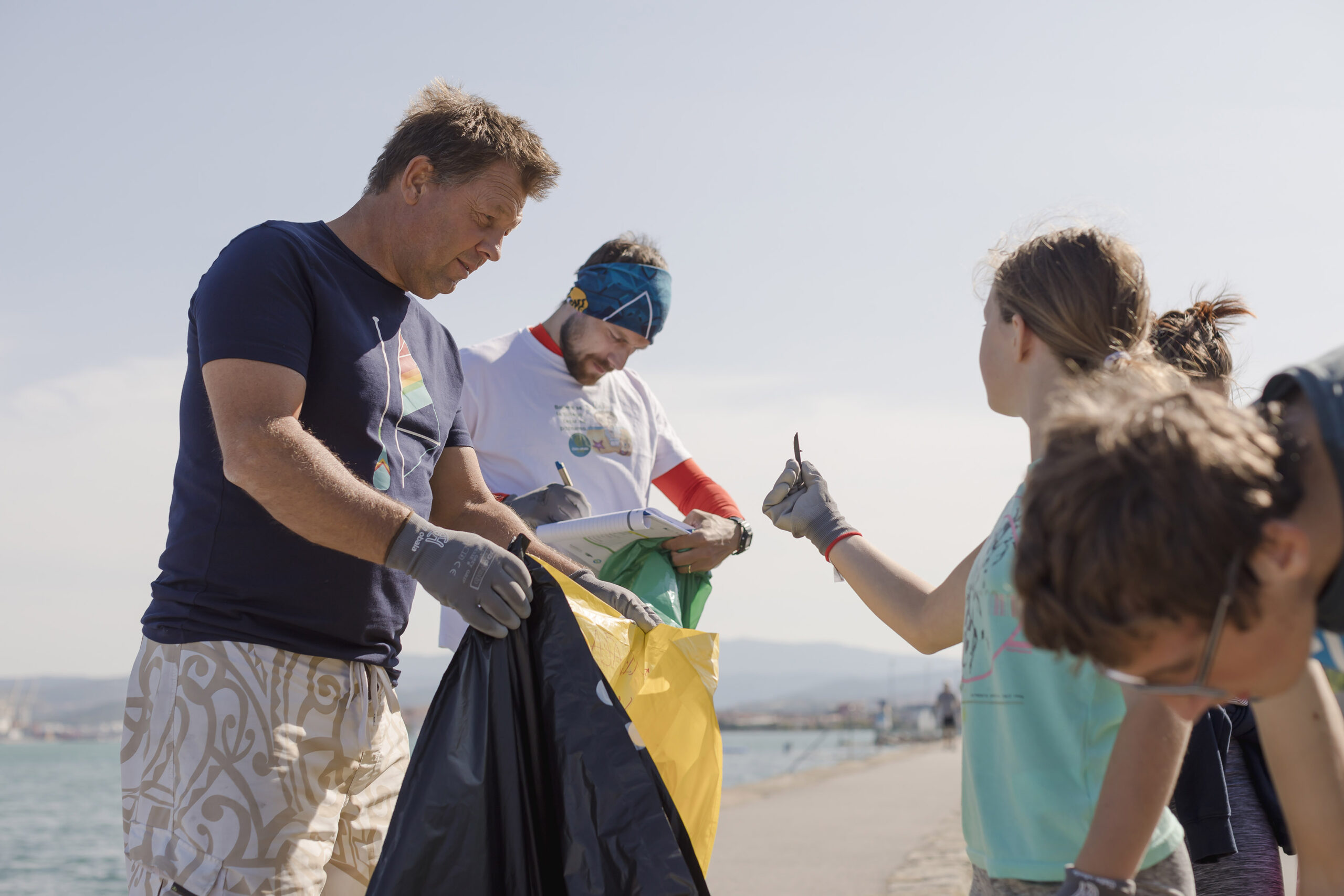 Within the adopt-a-beach demo, more than 350 students and educators have been directly involved in educational, awareness raising and participatory science activities. Specifically, eight fit-for-purpose marine litter datasets were generated via beach litter survey campaigns; school interventions were made featuring the adopt-a-beach scheme and its added value; cleanup operations were performed; an informative webpage was setup; and a full-blown social media campaign was carried out. One of the main highlights of the overall action was the installation of quiz bins ‘nudging’ smokers to use them for their cigarette butts as well as the installation of a sculpture to capture the attention of the local communities and visitors of the Park. Cigarette butts are among the most frequently found items on the beaches of Strunjan. 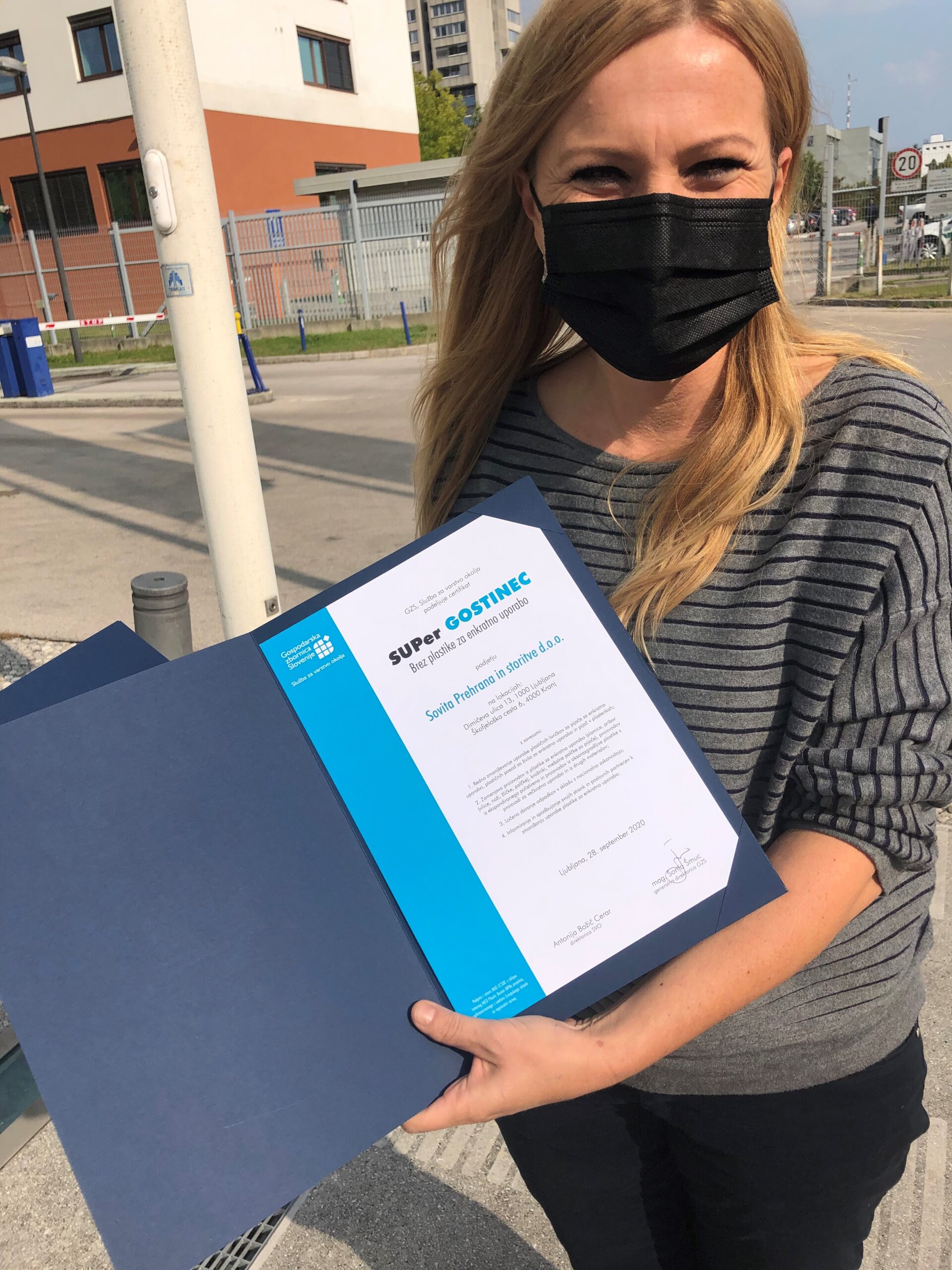 The demo that promoted the phasing-out of SUPs in the tourism sector successfully reached and engaged some 30 business representatives and relevant stakeholders via a workshop entitled ‘SUPer CATERER – how to reduce the usage of single-use plastics in the catering business” which was organized by CCIS. To-date, 10 businesses (restaurants and cafes) have expressed interest to voluntarily register to the ‘SUPer caterers’ network and commit themselves to complying with a set of good environmental practices related to the prevention, reduction, reuse and recycling of waste, with special emphasis on plastics and SUPs. So far six catering businesses have been supported by the demo in implementing the guidelines on reducing the use of single-use plastic products, that have been developed by the Chamber of Commerce and Industry of Slovenia, while one of them has already been awarded with the ‘SUPer caterer’ certificate. “We have been literally thrilled with the increasing number of businesses that wish to join our initiative and we hope for its continuation” says Andreja Palatinus from CCIS.