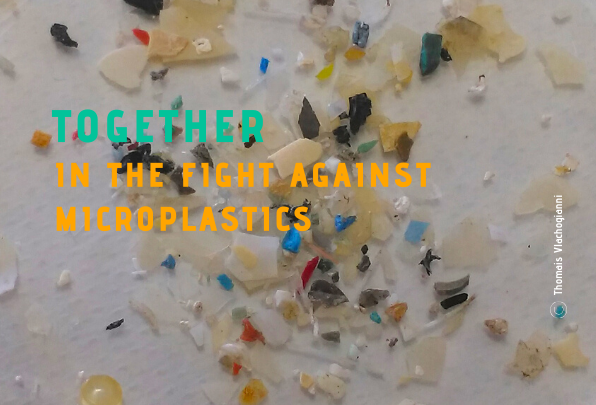 As set out very clearly and comprehensively in the scientific report prepared by the European Chemical Agency (ECHA), microplastics constitute a serious risk to the environment and a potential risk to human health, a source of exponential pollution that is currently, and undeniably, out of control. Recognizing that threat and acknowledging the urgent need for an impactful restriction of microplastics, MIO-ECSDE together with the EEB, CIEL, BFFP and 28 other NGOs signed off a position paper which was sent to the Environment, Agriculture, Health and Economy ministers of the EU Member States.

MIO-ECSDE and the other undersigning civil society organizations across multiple sectors reiterate our firm support to the restriction of all intentionally added microplastics irrespective of their use under REACH. We also recognize the efforts ECHA has carried out on the issue and stress that for the restriction to be effective in controlling the risk (as required under Annex XV of the REACH Regulation), it must prevent any release of microplastics into the environment. This can only be achieved with a restriction covering all uses of microplastics.

Civil society has been raising this issue for more than 40 years and campaigns have already denounced, for example, the unnecessary and highly problematic use of microplastics in cosmetics.

However, our organizations cannot omit to observe two “red flags” inside the ECHA report. The first one refers to the biodegradability criteria proposed by ECHA; we strongly believe they are inadequate to ensure that microplastics ending up in the environment do degrade in real conditions, in all environmental compartments and in an acceptable/reasonable range of time. Such a derogation will thus weaken the restriction by unduly allowing the continued release of microplastics that will contribute to the build-up of the ‘environmental stock’ and therefore do not deserve to be considered ‘greener’ than other microplastics.

The second “red flag” concerns the transitional periods proposed as they are disproportionate to the urgent need to stop the release and the accumulation of microplastics in the environment and are, in any event, not adequately justified. Our organizations consider that the restriction should not allow such long and unsubstantiated transitional periods, especially for uses of microplastics that are ‘not essential’ within the meaning of the Montreal Protocol.

Once released in the environment, microplastics are practically impossible to remove and are expected to remain in the environment for hundreds, possibly thousands, of years, with severe and well documented effects on the environment. Due to their small size (down to the nano range), they are easily ingested by wildlife and transferred along food chains; they are possible vectors for other environmental pollutants and may possibly fragment into smaller and smaller particles, down to nano-size particles, which increases the likelihood of their uptake into cells and tissues.