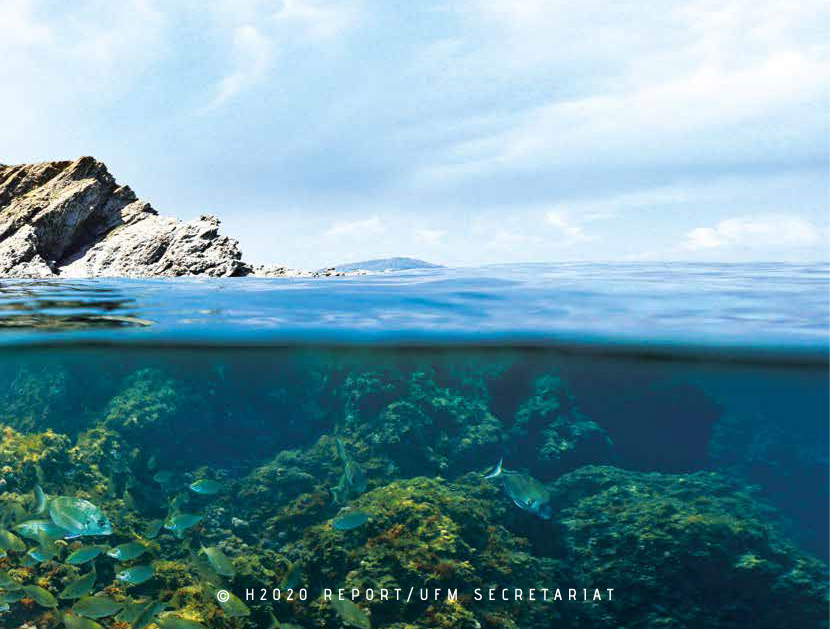 The ‘Horizon 2020 Initiative’ (2007 – 2020) has been a joint effort to substantially reduce pollution in the Mediterranean by tackling the sources that are said to account for around 80% of the overall pollution of the Mediterranean Sea: municipal solid waste, urban waste water and industrial pollution.

As a regional UfM flagship initiative, H2020 was a collective endeavour with contributions from a broad set of actors, including UfM partner countries, Intergovernmental bodies, International Financial Institutions, cities and regions, Non-Governmental Organisations, academia and the private sector. The Initiative operated within the framework of existing and developing policy instruments and supported the implementation of the commitments undertaken in the framework of the Barcelona Convention, the UfM Ministerial Declaration on Environment and Climate Change (2014) and the Mediterranean Strategy for Sustainable Development.

A report entitled: Reaching the 2020 Horizon: 14 years of Mediterranean cooperation on Environment – the H2020 Initiative for a cleaner Mediterranean is now available. It focuses on:

MIO-ECSDE, as a consortium member of the EU-funded regional project “Water and the Environment Support (WES) in the ENI Southern Neighbourhood region” and an H2020 Stakeholder since its inception, has contributed to the compilation of the report.

H2020 is considered to be a success. Its mandate and work programme have been met for the most part and to a very satisfactory degree. It has been most impactful in building on existing institutions, initiatives and results, filling gaps where it could bring added value and in reinforcing regional cooperation, networking and partnership. Over time it maintained a clear and common agenda of shared objectives. The H2020 initiative has engaged all Mediterranean countries and a wide spectrum of regional stakeholders. As a joint initiative, H2020 has been instrumental in enhancing synergies in the region. In its second phase, the broadened scope of H2020 to include emerging issues kept the Initiative very relevant.

There is a wide consensus among the Mediterranean stakeholder community that the achievements of H2020 have promoted a strong sense of ownership, collegiality and solidarity, that should be carried over to the follow-up post-2020 process.

It is a UfM publication and is available in English, French and Arabic.