More than thirty five marine litter experts from all seven countries of the Adriatic Sea, the European Commission, international organizations, including the Regional Sea Convention(s) (Barcelona Convention, OSPAR Convention), Non-Governmental Organizations and other stakeholders met in Athens on the 12th of May 2014 to jointly define a monitoring and assessment strategy for marine litter in the Adriatic Sea.

The experts focused their discussions on the proposed key elements of the strategy, ranging from the aims and objectives of monitoring, quality assessment and control approach, site selection, data handling and reporting mechanism, to the more specific components such as survey design, sampling methodologies/protocols, sample processing methodology, data analysis, etc. 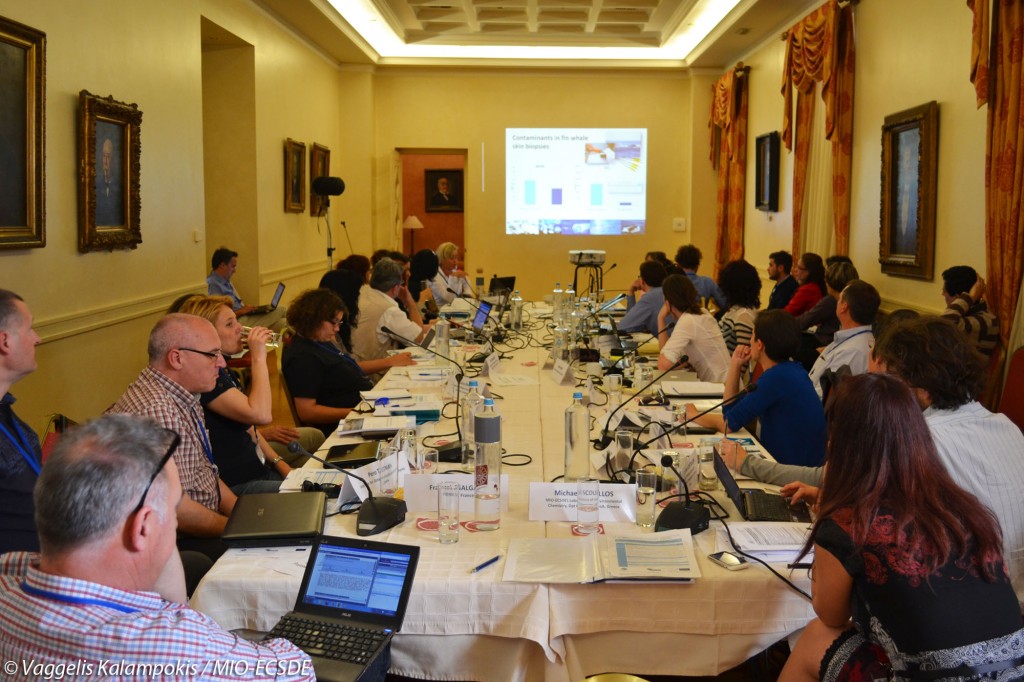 The strategy will be deployed within the framework of the IPA Adriatic funded DeFishGear project in all marine compartments of the seven countries of the Adriatic Sea (Albania, Bosnia & Herzegovina, Croatia, Greece, Italy, Montenegro, Slovenia). The working drafts for macro-litter and micro-litter monitoring were prepared by the Mediterranean Information Office for Environment, Culture and Sustainable Development (MIO-ECSDE) and the Institute for Water of Slovenia, respectively.

In essence, the meeting was the forerunner of a Regional Network of Experts on marine litter in the Adriatic MacroRegion. It provided a platform for participants to express their views, discuss good practices and exchange their experiences on marine litter monitoring.

The strategy itself is expected to be finalized by the end of June 2014 after which it will be implemented for over a year by when a comprehensive assessment of the status (amounts, composition, impacts) of marine litter (macro-litter & micro-litter) in the Adriatic will be conducted through harmonized, coordinated, compatible and comparable monitoring activities. Its implementation will act as a pilot and will facilitate EU Member States to meet the legally binding requirements of Article 11 of the MSFD to establish and implement coordinated monitoring programmes, as well as provide strategic input to the implementation of Article 12 on a Regional Marine Litter Monitoring Programme under the legally binding Regional Plan on Marine Litter Management in the Mediterranean (adopted by the COP18 in December 2013).

This DeFishGear event was organized by the Mediterranean Information Office for Environment, Culture and Sustainable Development (MIO-ECSDE) under the auspices of the Greek Presidency of the European Union and the Ministry of Environment, Energy and Climate Change of Greece.

A report on the meeting’s discussions and main outcomes will be published by mid June 2014.

The Derelict Fishing Gear Management System in the Adriatic Region (DeFishGear) project undertakes concrete actions to assess marine litter in the Adriatic Sea and address the data gaps that hamper the efforts of policy makers and stakeholders in undertaking effective measures to tackle marine litter in the region. It contributes directly to the implementation of the key legislative pillars on marine litter, the EU MSFD and the UNEP/MAP Barcelona Convention Regional Action Plan on Marine Litter Management in the Mediterranean adopted in Istanbul, December 2013. Ultimately, the DeFishGear project will provide a strategic input to regional efforts in successfully achieving good environmental status in the Mediterranean Sea. The DeFishGear activities are implemented by a multi-disciplinary team comprising academia, research institutes, national and local authorities and NGOs from all seven countries of the Adriatic Sea, reinforcing and strengthening cooperation and fostering joint and harmonized actions towards a litter-free Adriatic.

Please find the working documents of the meeting below.