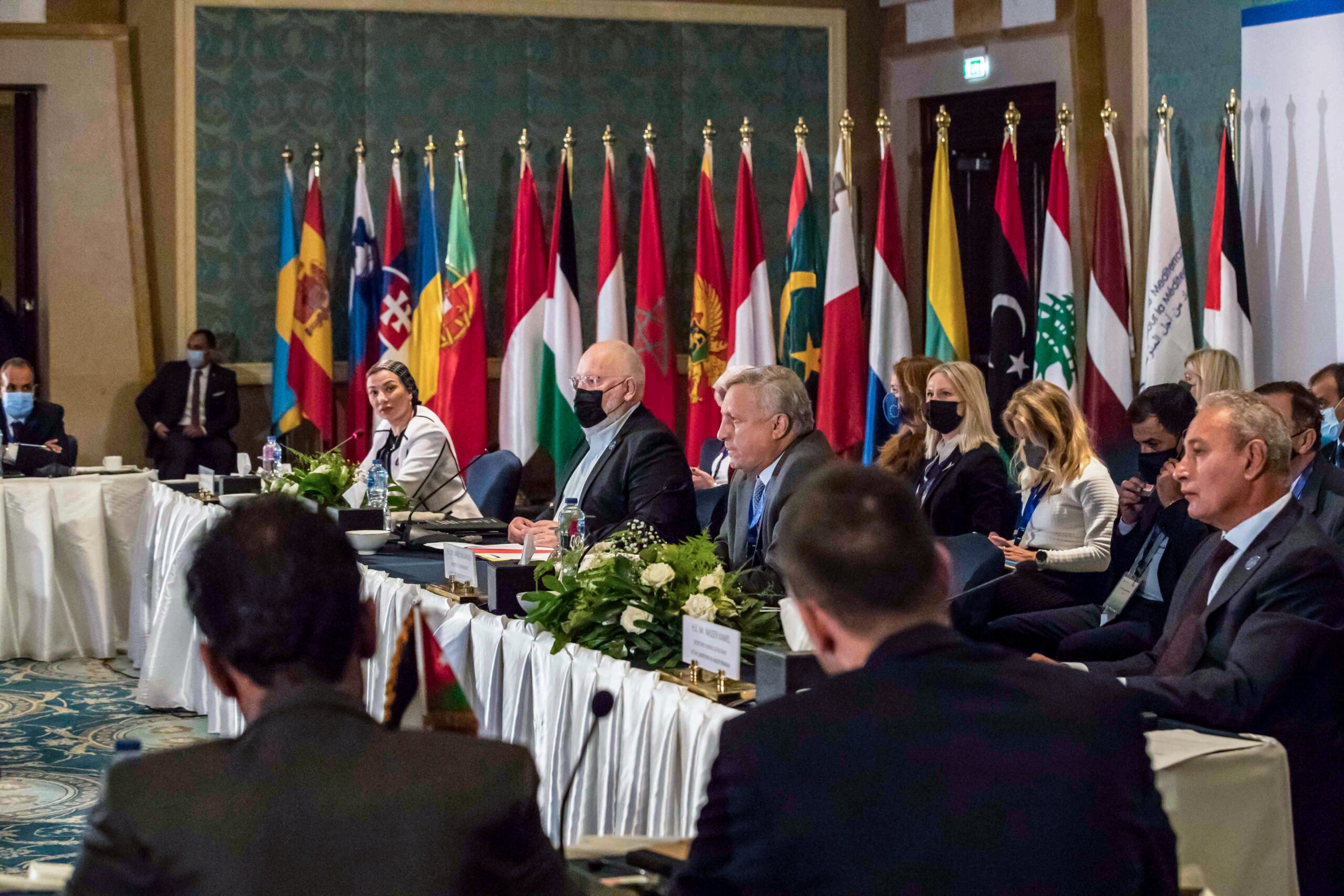 Just a few weeks ahead of COP 26 and at the start of the UN Decade of Ecosystem Restoration, on October 4th 2021, the much anticipated 2nd UfM Ministerial Meeting on Environment and Climate Action took place in a hybrid format in Cairo, hosted by Egypt, under the Co-Presidency of Jordan and the European Union.

Ministers in charge of environment and climate change from the 42 Member countries of the Union for the Mediterranean gathered to renew their commitments since the 1st Ministerial Meeting in 2014 and agree on a common agenda to strengthen efforts to urgently tackle the multiple challenges to shared environmental assets in the Mediterranean region.

The Declaration adopted during the Conference, reflects the highest possible regional ambition to mainstream environment and climate action across all sectoral policies. The intent is to scale up resources (including finance, trade, capacity building and skills development, technology development and transfer and innovation) to support the green, blue, circular and social inclusive transition. The document also  calls upon the Mediterranean to lead by example.

MIO-ECSDE welcomes the expressed commitments to guide the region till the next UfM Ministerial Conference in about four years’ time, as well as the clear reference to the role of civil society. However, the Declaration does not reflect fully the generous pledges made during the Conference and gives the impression that it does not respond to the urgent action needed in order to fill the huge gap between expectations and on the ground actions. MIO-ECSDE would also like to draw attention to insufficinecies in civil society involvement and participation in the development of the Declaration, eventually due to the extraordinary conditions of COVID-19, which should be rectified in the future. Civil Society and other stakeholders have been engaged however in the development of the 2030GreenerMed Agenda, through the UfM Secretariat, and the Declaration gives its long awaited green light for its implementation.

The Chairperson of MIO-ECSDE, Prof. Michael Scoullos, was one of the speakers at an official High Level Side Event of the Ministerial Conference that took place shortly after the Ministers concluded their meeting, on “Biological Diversity, Ecosystem Restoration and Food Systems Protecting and Restoring at the core of the shift towards Green, Blue, Circular Economy”. This hybrid event was coorganised by the UfM and UNDP and framed within the upcoming UN Biodiversity and Climate Change Conferences (COP 15th and COP 26th), the UN Decade for Ecosystem Restoration, and the UN Food Systems Summit.

Prof. Scoullos spoke on how civil society is engaged at regional level and how MIO-ECSDE and its member NGOs contribute to addressing the issue of Biodiversity, Ecosystem Restoration and Food Systems as one of utmost importance and among the key priorities of their agendas of work.

On the organizers question “Where does the Mediterranean stand?”, my answer is: it balances in the middle of a stretched rope, or if you wish, it navigates within the gray interface which separates the area of catastrophic deterioration of our natural basis that provides us, still, security and inspiration at many fronts, and an area of potential massive improvements, if our recommendations and our hopes as civil society and the pledges made today, are fulfilled.

You can find the Declaration here