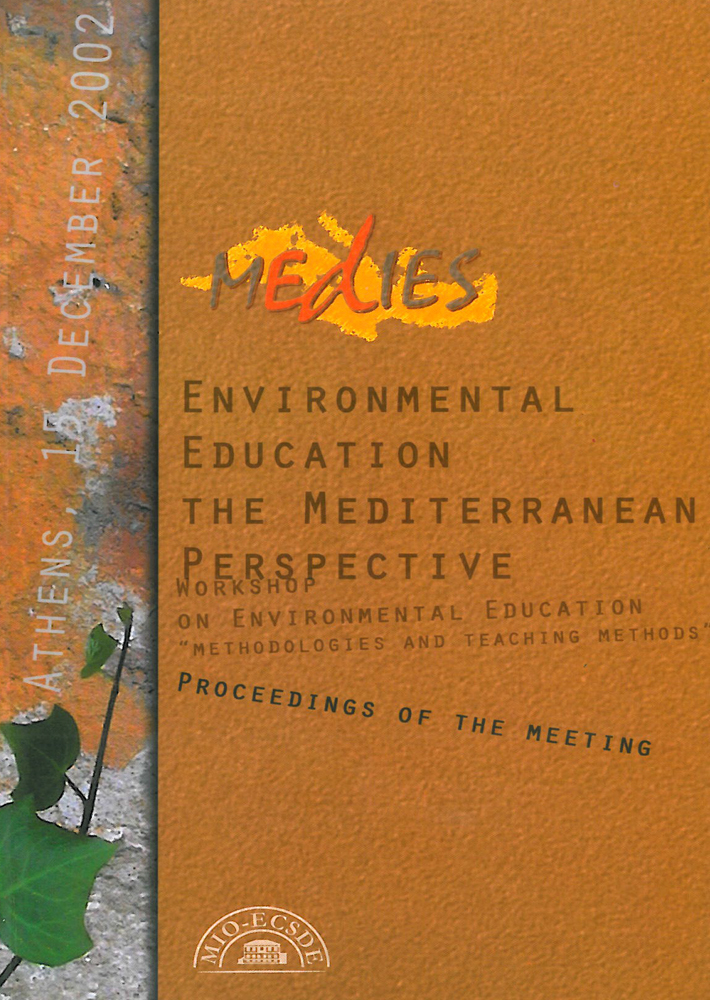 The first coordination meeting of the Task Group of the MEdIES Initiative was organised by MIO-ECSDE, as part of a multi-event under the theme “Mediterranean Water Week”, which took place in Athens in December 2002. During the first day of the meeting the Task Group was officially formed, the structure and the terms of reference were agreed upon, and the short and medium term development plan of the MEdIES Initiative was discussed among the Partners.

The second day was a Workshop on methodologies and teaching methods applied in Environmental Education. It was basically addressed to all stakeholders that were instrumental in the formulation of MEdIES (ministries, IGOs, NGOs etc), and to educators involved in the MEdIES network, through the use and application of the educational material “Water in the Mediterranean ”. However, the workshop was open to all individuals or organizations involved with EE programmes, via the “channels” of formal as well as non-formal Education.