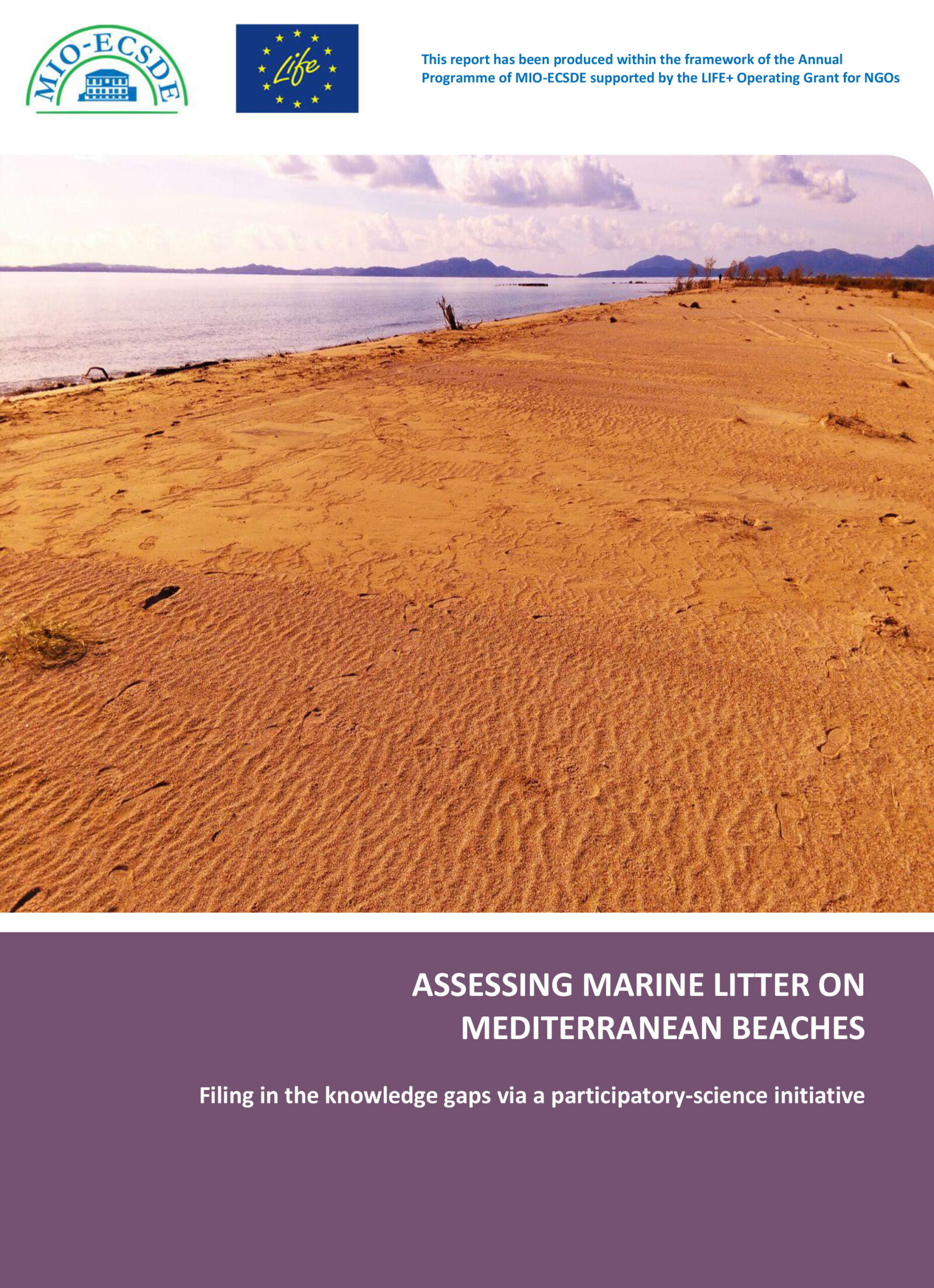 The Mediterranean Sea is one of the areas most affected by marine litter worldwide. Marine litter is found lying on the shores, as well as floating anywhere from the surface to the bottom of the sea. Even in pristine environments of the Mediterranean, such as coastal and marine protected areas, marine litter is building up threatening habitats and species. Impacts vary from entanglement and ingestion, to bio-accumulation and bio-magnification of toxics released from litter items, facilitation of introduction of invasive species, damages to benthic habitats, etc. MPA managers stand at the forefront of this issue and sadly they lack the tools, knowledge, and often the resources to effectively tackle it. As a result, the achievement of the conservation goals set is hampered.

Effective and targeted measures to address the growing threat of marine litter in the Mediterranean are hampered by the lack of reliable, coherent and comparable data. This fact is highlighted by the ‘In Depth Assessment of the EU Member States’ Submissions for the Marine Strategy Framework Directive under articles 8, 9 and 10, that provides insights on the assessment of the environmental status of the Members States with regards to Descriptor 10 (Marine Litter). According to the aforementioned assessment, half of the Member States have limited, very limited or no data at all with regards to marine litter. Similar findings on the lack of marine litter data are reported in the UN Environment/MAP Quality Status Report (UN Environment/MAP, 2017).

Throughout the years Mediterranean NGOs have significantly contributed to providing data and information on the temporal and spatial distribution of marine litter found stranded on beaches, through dedicated monitoring surveys, adopt-a-beach schemes or beach clean-up campaigns. Furthermore, several Mediterranean countries within their monitoring programmes are considering community-based data collection initiatives as an essential tool to fill in the marine litter knowledge gaps. The involvement of NGOs in data collection is seen to be a cost-effective way to gather required evidence and detect the emerging issues supporting public authorities to improve efficiency with less administrative burden.

Beach litter surveys can help assess the potential harm to the environment caused by marine litter and can also enhance our knowledge on sources. Even though beach surveys for macro-litter (items > 2.5 cm) assessment are the most common mode of marine litter monitoring in the Mediterranean and are commonly implemented by NGOs, there are still hindrances with regards to the interpretation and comparison of the obtained results due to the different methodological approaches.

Within this context, MIO-ECSDE set up and implemented a participatory-science campaign in order to fill in the knowledge gaps with regards to marine litter found on beaches and provide fit-for-purpose data for the effective management of marine litter in the Mediterranean. The campaign was carried out within the framework of the Annual Programme of MIO-ECSDE supported by the LIFE Operating Grant for NGOs.