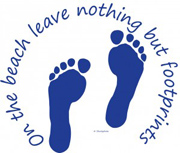 More than two hundred European policymakers, scientists and representatives from civil society and industry met in Berlin from 10-12 of April 2013 to debate on ways to combat marine litter in the European regional seas. The conference was organized by the German Federal Environment Agency on behalf of the Federal Ministry for the Environment, Nature conservation and Nuclear Safety, in cooperation with the European Commission.

The three-day intensive discussions and deliberations where triggered by a paper issued by the organizers ahead of the event, reviewing existing scientific knowledge about marine litter and its impacts. This paper also highlights best practices in terms of waste reduction and suggests targets at regional level.

The aim of the conference was to facilitate information sharing across borders, initiate joint actions and identify common goals in order to make a difference in the collective fight against marine litter. Furthermore, it aimed to facilitate the development of Regional Action Plans on marine litter in the regional seas.

The main outcome of this event, depicted in ‘The Message from Berlin’, lays out the key principles and priority actions as stepping stones towards achieving Good Environmental Status across European Seas.

Priority actions include the development of ambitious targets to reduce marine litter at all relevant levels, with emphasis given to sources of marine litter with the strongest impact, such as microbeads or plastic bags; addressing the issue of marine litter at source given that some 80% of marine litter originates from land-based activities and solutions are to be found far away from the coastal environment; shifting to a resource efficient and circular economy.

The Message from Berlin was handed over in a bottle to the EU Commissioner Janez Potočnik who made a call to ‘Free our oceans from the litter plague’.

At the press conference following the conference, Bund handed over to the Commissioner and Irish and German Ministers of Environment, a joint NGO Marine Litter Manifesto, signed by eighteen environmental NGOs from across the EU, among which MIO-ECSDE, calling on EU Member States to increase their level of ambition and set firmer marine litter reduction targets with the aim of ending the marine litter problem within a generation.

MIO-ECSDE participated in the international conference on the prevention and management of marine litter and constructively contributed to the two breakout group sessions held providing the opportunity to delegates to brainstorm on the possibilities of setting (overall and operational) targets for different use, type of products, sources of litter, etc., as well as on the way ahead for the upcoming Marine Litter Regional Action Plan in the Mediterranean.

Last but not least, MIO-ECSDE, together with the Marine Conservation Society (UK), Project Blue Sea and BUND (Germany), PERSEUS (Greece), Surfriders Foundation, KIMO, Seas at Risk (Europe) and Upcycle the Gyres Society (Canada) supported the initiative undertaken by the North Sea Foundation and the Plastic Soup Foundation, to offer a petition to the EU Commissioner Janez Potočnik calling for a European-wide ban on microplastics in cosmetics before January 1st 2014. The petition was signed among others by distinguished scientists such as Prof. Richard Thomson (University of Plymouth) and Prof. Dr. Gerd Liebezeit (University of Oldenburg) and the vast majority of the participants of the conference.