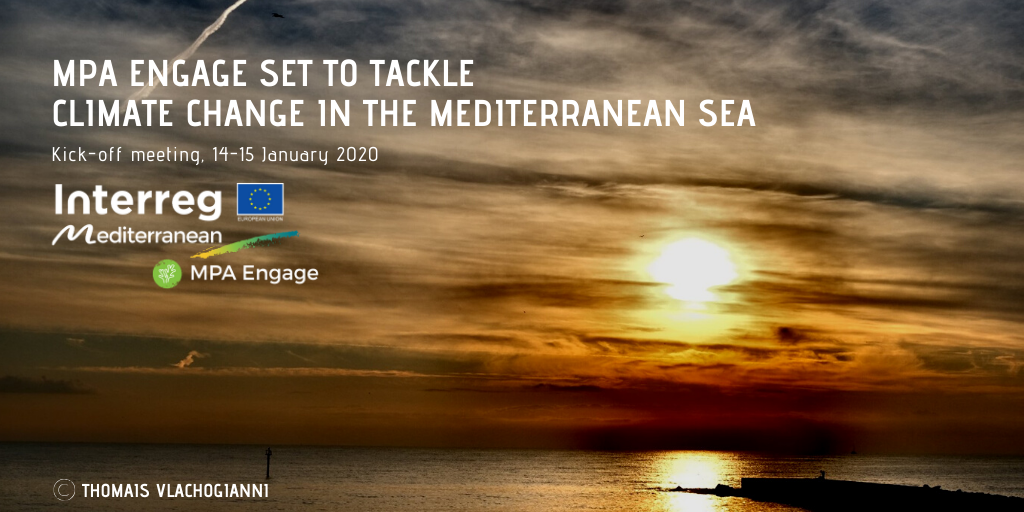 On January 14 and 15, 2020 the Institute of Marine Sciences in Barcelona, Spain hosted the kick-off meeting of the project “MPA Engage: Engaging Mediterranean key actors in Ecosystem Approach to manage Marine Protected Areas to face Climate Change” funded by the Interreg MED program with a budget of 3 million euros. MPA Engage aims primarily to support MPA managers to adapt to and mitigate the ongoing climate change effects in the Mediterranean Sea.

Through a participatory approach, MPA-Engage will monitor in a harmonized way the climate change impacts, will elaborate vulnerability assessments and will develop climate change adaptation action plans in 7 Marine Protected Areas located in 6 Mediterranean countries.

MPA Engage is led by the Institute of Marine Sciences of the Spanish National Research Council. MIO-ECSDE is one of the key partners of the project leading the capitalization activities and the elaboration of adaptation plans to climate change. Among the partners are also: local and regional authorities such as the Department of Territory and Sustainability of the Government of Catalonia, the Regional Government of Liguria; research institutions such as the Zoological Station of Anton Dohrn, the Polytechnic University of Marche and Future Oceans Lab – University of Vigo), the Management Bodies of 7 Marine Protected Areas (Spain, France, Italy, Croatia, Albania and Greece); and non-governmental organizations such as the Low Impact Fishers of Europe, and the Diving Alert Network Foundation.

MPA Engage will be carried out over a period of 3 years (November 2019-June 2022) and its main lines of action will focus on:

The Project outcomes will provide a framework for guiding regional actions on climate change.

Stay tuned: you will hear more from MPA Engage in the near future!