HEAD brings attention to how bees are affected by Climate Change 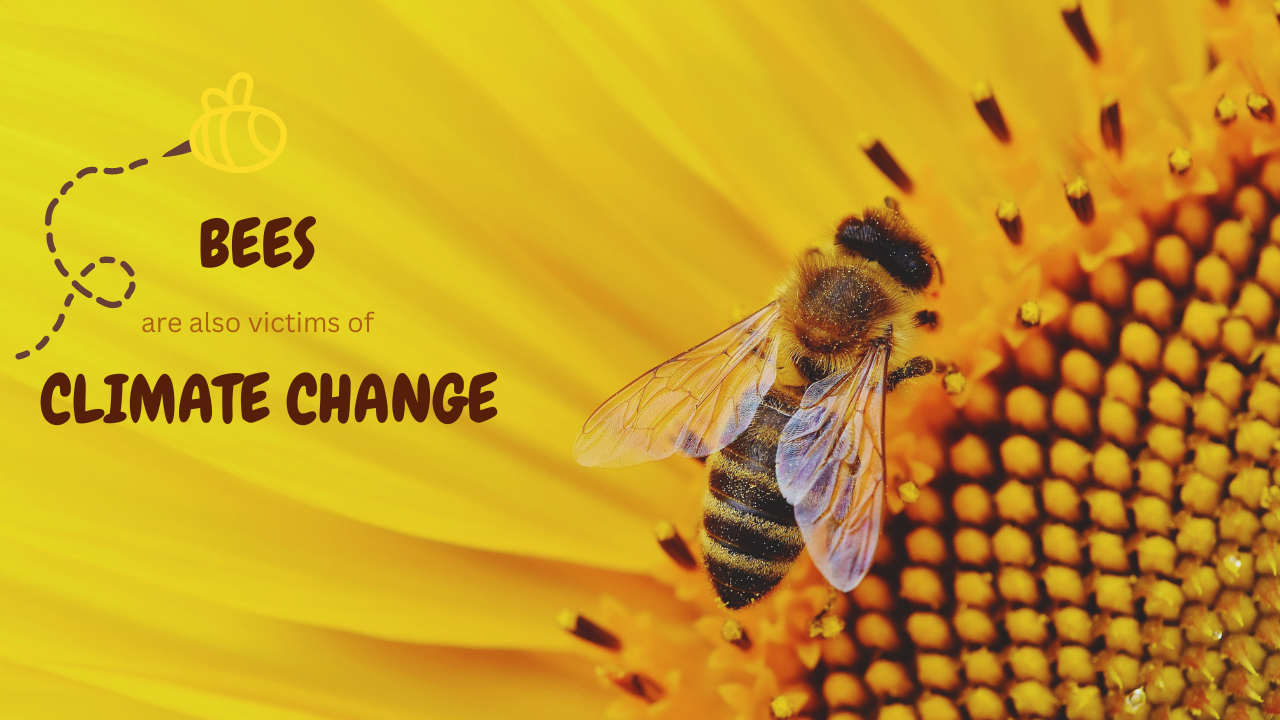 The list of ramifications of climate change is only getting longer and longer and bees are one of its victims.

The Food and Agriculture Organization (FAO) in its report “Why bees matter” described bees as tiny miracle workers ensuring food security, maintaining biodiversity, and supporting healthy ecosystems for plants, humans, and the bees themselves. Pollinators such as bees, birds and bats, affect 35 percent of the world’s crop production, increasing outputs of 87 of the leading food crops worldwide, plus many plant-derived medicines. In fact, the UN General Assembly declared the 20th of May as World Bee Day to acknowledge the essential role of bees in keeping people and the planet healthy.

But these pollinators are under threat. In recent years, evidence has shown that the bumblebee population has declined by nearly 50 percent in North America and Europe and that global warming is one of the key drivers.

In Lebanon, the estimated diversity of wild bees is likely to be close to 700 according to a 2021 study done by Boustani M. et.al: The bees of Lebanon (Hymenoptera: Apoidea: Anthophila). However, knowledge on their current state is scarce.

To instigate interest in wild bees on the national level and with the upcoming 27th UN Climate Change Conference of Parties (COP 27) (6-18 November 2022, Sharm el-Sheikh, Egypt), HEAD Association, in cooperation with the Association of Mayors of Byblos District and the Municipality of Barbara, organized a workshop entitled “Bees and Climate Change” on the 16th of September 2022. The workshop brought together representatives from the Ministries of Agriculture, Tourism, and Environment, NGOs, civil organizations, and beekeepers. The aim of the workshop was to raise awareness on the importance of wild bees to the ecosystem and on the impact of climate change on beekeeping. It also promoted apitourism as a way to mitigate climate change and to preserve this sector.

The representative from the Ministry of Agriculture praised the importance of honey bees in the Lebanese agricultural sector and the quality of production. The representative from the Ministry of Tourism emphasized the importance of promoting apitourism and shared the initiatives that are taken and planned by the Ministry to this end. An expert in beekeeping addressed the climate change effects on bees. A warmer climate reduces the areas where bee populations can migrate and survive. As temperatures rise, flowers bloom earlier and create a mismatch in timing between when flowers produce pollen and when bees can feed on that pollen. Changing climate patterns also increase the risk of Varroa mite infestation.

Finally, a session was dedicated for the municipality representative to enumerate what is done at the local level to support beekeepers and for the latter to express their concerns and their needs. The recommendations that emanated from the discussion will be submitted to the Ministry of Agriculture.