Harmonization efforts for the integrated management of the Buna/Bojana basin, coastal area and aquifers

Representatives of national, regional and local authorities, members from the private sector, academia, NGOs and civil society organisations as well as representatives of international organizations met on 11 July 2011, in Podgorica, Montenegro to:

Contribute to the formulation of the management objectives that will guide the preparation of Buna/Bojana Transboundary (Albania/Montenegro) Integrated Management Plan.

This meeting is part of the process for the development of the “Buna/Bojana Transboundary (Albania/Montenegro) Integrated Management Plan, a pilot activity to test as well as to demonstrate the implementation of a new Integrative Methodological Framework to be replicated in other parts of the Mediterranean.

The meeting was organised within the framework of the MedPartnership and the Mediterranean Component of the European Union Water Initiative, with the support of and in collaboration with: the Montenegrin Ministry of Sustainable Development and Tourism; the Albanian Ministry of Environment, Forests and Water Administration; UNEP‐MAP; PAP/RAC; GWP‐Med; and UNESCO‐IHP. 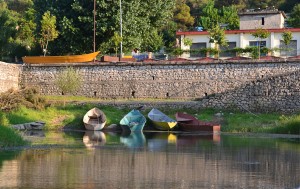 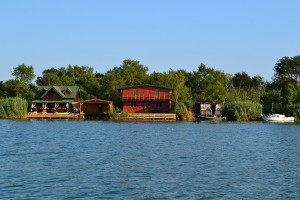 In the morning session, the framework for the development of the Buna/Bojana plan was presented, including its aims, objectives, and future steps. After the input of the scoping report and its key findings regarding the range and nature of issues faced in the area, the participants were divided into two groups (Albanians and Montenegrins) to discuss and identify at national level the approaches/practices that cause deterioration of the environment and lead to the loss of its values; the approaches/practices that are of concern for different economic sectors of the area; the behaviors/management approaches that should be changed and/or improved.

The outcomes of these discussions were presented in the plenary session and the following pressures/impacts were identified:

The main approaches suggested to deal with the above mentioned issues include:

In the afternoon session, participants focused on the formulation of a shared vision for Buna/Bojana and a big part of the discussion revolved around the issue of sustainable tourism and ecotourism.
MIO-ECSDE, participated in the discussions and expressed its views on the issue of sustainable tourism and ecotourism and the potential to become motors of socio-economic development in the area, as long as all corresponding activities are well planned and integrated into a wider development policy.

MIO-ECSDE was present at the meeting within its small, yet important, role in the MedPartnership to strengthen public awareness on (with particular emphasis on NGO networks) and support NGO participation in the project activities. In addition, MIO-ECSDE was in the Buna/Bojana area and at the consultation, since it has undertaken the task to make a documentary film on the Buna/Bojana demonstration project, characterized by high replicability potential, which will be included in the overall MedPartnership film.