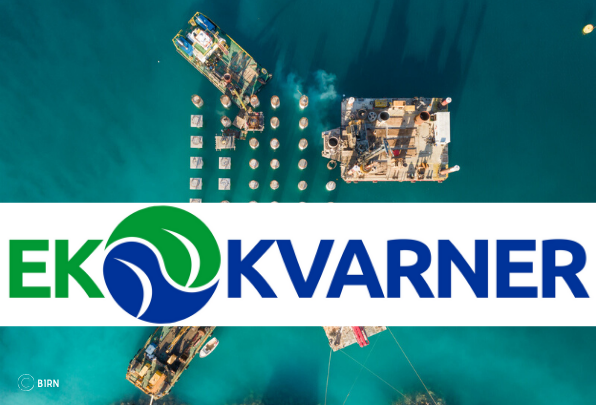 The Croatian island of Krk is a top tourist destination and case of good practice towards a ‘green’ transformation. It has been planning to become carbon neutral by 2030; its towns are pioneers in recycling and the in use of alternative fuels like solar energy. MIO-ECSDE Member Organization Eko Kvarner, based in Krk, has been a key driver in this, tirelessly working for the benefit of the island.

It may sound absurd but the Croatian government plans to build a floating terminal for liquid natural gas (LNG) on the northwestern tip of this same island. The terminal will allow vessels laden with LNG to offload their liquid cargo for on-site conversion to ordinary gas.  Despite local concerns on the negative impact on tourism, dangers to sea life and risks associated with the terminal’s exposure to the region’s famously strong winds, the plan seems to be going ahead with the date of completion expected in less than a year.

Read more about what Mirela Ahmetovic, mayor of Krk’s seaside town of Omisalj, and Vjeran Pirsic, president of Eko Kvarner are advocating for in the article “Energy Independence’: Critics Turn Up Heat on Croatian LNG Plan, Jelena Prtoric, Balkan Insight”.

Clearly, the EU energy policy – especially in light of the new Green Deal – needs to set things straight because till now, despite claiming to fight climate change, it is directly and indirectly supporting and subsidizing gas infrastructure, such as LNG and gas storage, to the detriment of grassroot efforts towards carbon neutrality.